Skip to main content
To provide you with the best experience, Pousada dos Quatro Cantos uses its own and third-party cookies on its website for technical, analytical and marketing purposes. By continuing to browse our site, you are agreeing to our use of cookies. Please consult our Cookie Notice for more information.

Lined with beaches on the north coast of Pernambuco, Olinda is located on a hilltop, only 6 km from the city center of Recife, the capital of the state, and 18 km from Guararapes International Airport, with access by modern highways and an efficient urban transport system. 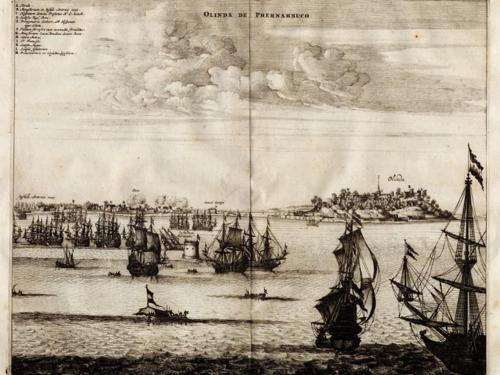 Founded in 1535 by Duarte Coelho Pereira, donated to the captaincy of Pernambuco, Olinda soon became the capital, residence of planters and influential people.

From this period date their churches and their houses, legitimate representatives of the baroque architecture of the colonial period. With the arrival of the Dutch in 1630, who preferred the location of Recife, low as their native land and endowed with a natural port, Olinda ceases to be state capital.

The rivalry of the two cities culminated in the war of the mascots in 1710. Today, almost five hundred years later, the former home of the Lusitanian nobility enchants artists, residents and visitors with the magic of its slopes, its houses and its churches, which remain unparalleled . The carnival of Olinda is considered one of the three best carnivals in Brazil and the world. 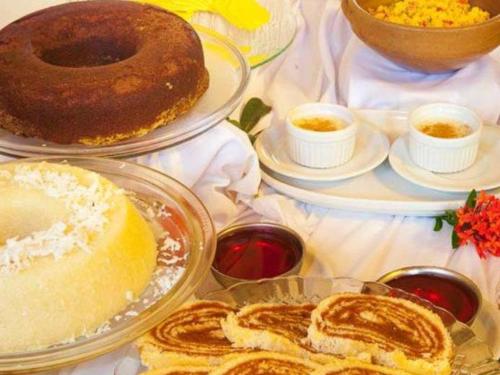 Considered by the critics the third gastronomic pole of Brazil and one of the best of America, the cuisine of Pernambuco is an accurate result of the cultural miscegenation of the country. Of the Indians we inherited the way of using corn and manioc; with the Portuguese we learned the custom of preparing cooked fish, roasted meat, vegetables and vegetables; Africans taught us how to handle exotic spices.

There are always dishes that are tasty and extremely nutritious, such as corn or cassava couscous, typical roots such as macaxeira, yam and sweet potatoes, cooked fruits such as bananas and breadfruit, among many other wonders.

All these dishes, served in our regional breakfast. Typical of the coast, the dishes based on seafood are a good request. Lobster and shrimp in the coconut or accompanied by exotic sauces, Guiamunzada, fish moqueca, siri-mole, sururu, octopus with coconut, and a fishy fish with pirão made from the cooked broth of the fish are some of the suggestions. 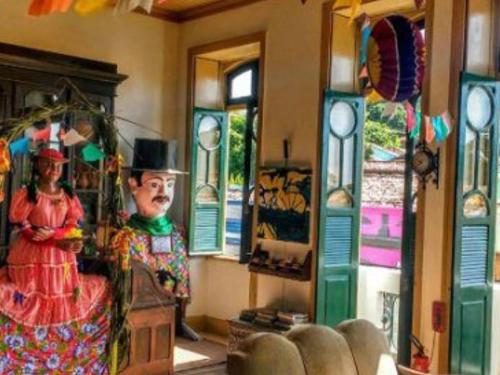 In a country identified by religiosity, festivals and popular arts, Olinda stands out for the richness of these cultural manifestations.
The population deeply rooted to the land, not only keeps alive the rich architectural heritage but also the old traditions, such as religious festivals, carnival and handicrafts.

The practice of the Catholic religion since the colonial period is represented in the exercise of the original function of the churches, chapels and steps.

Other influences are also found in the cultural manifestations of Olinda, where, in addition to European elements, indigenous and African elements, which also make up the Brazilian race, are present. This ethnic diversity offers a perfect blend of many cultures that have eternalized it. In this city we can find from the erudite art the most exquisite folk art.

The mixture of races is remarkable in Frevo, Pastoris, Maracatu, pottery in clay and carving in wood, making Olinda the home of artists, poets, musicians and craftsmen who have chosen it as a symbol of inspiration and creation .

Every Friday at 10 pm the church of São Pedro leaves the Olinda's serenade, composed of violins and guitars accompanied by Olindenses and tourists, along the main streets of the city. Simply unmissable.